Macy's Holiday Windows
Advertising
Every year, Macy's San Francisco has a tradition wherein they partner with the SPCA, one of the oldest animal welfare organizations and pet rescues in the world, and feature adorable adoptable puppies, kitties, and bunnies in the windows of their stores for a weekend.

As someone who loves animals and is also the owner of a rescue pup, this project was especially meaningful to me and I loved being a part of it. I illustrated these curious pets playing around in a glamorous closet. Of course, these are also all my dream shoes, too. 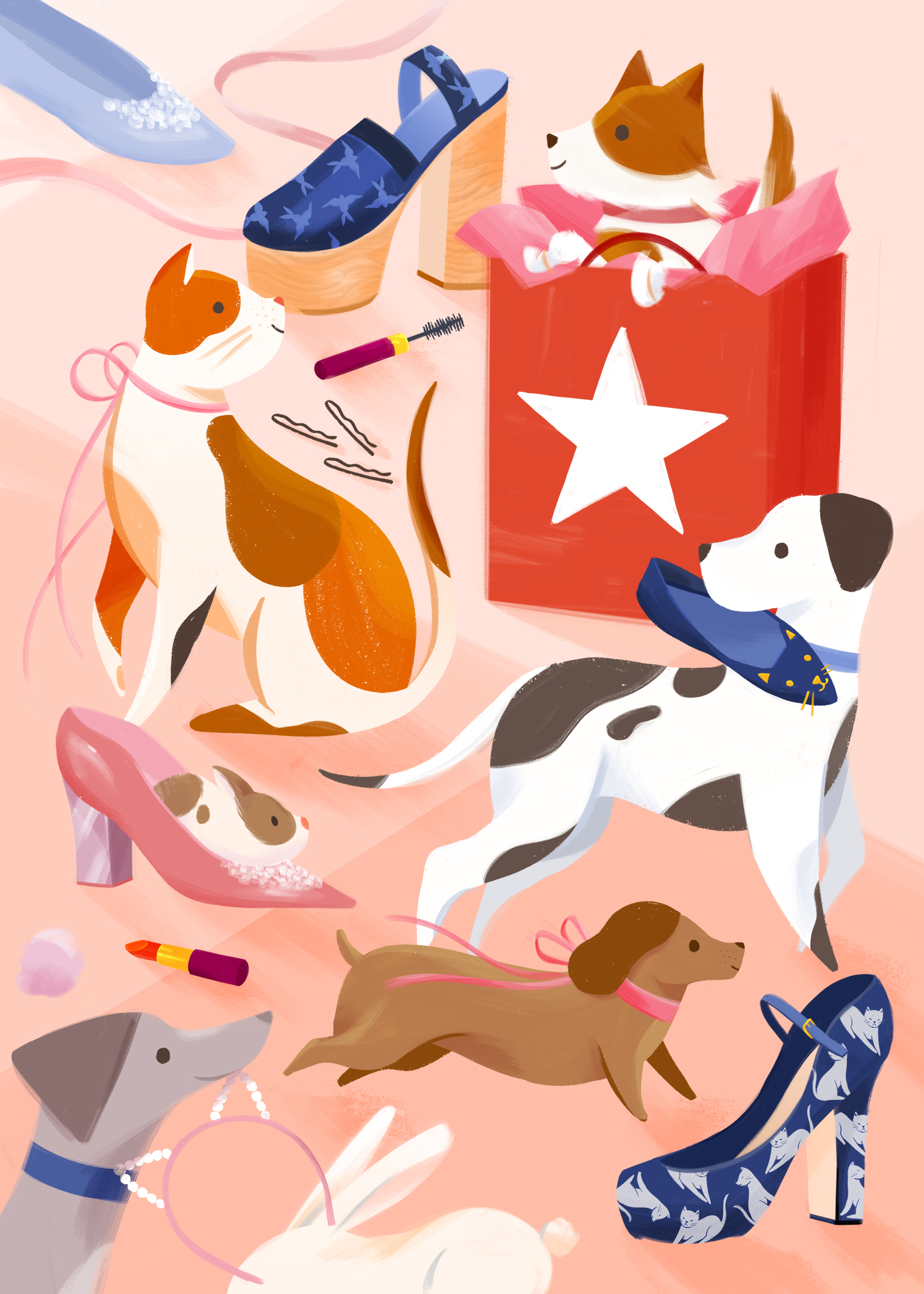 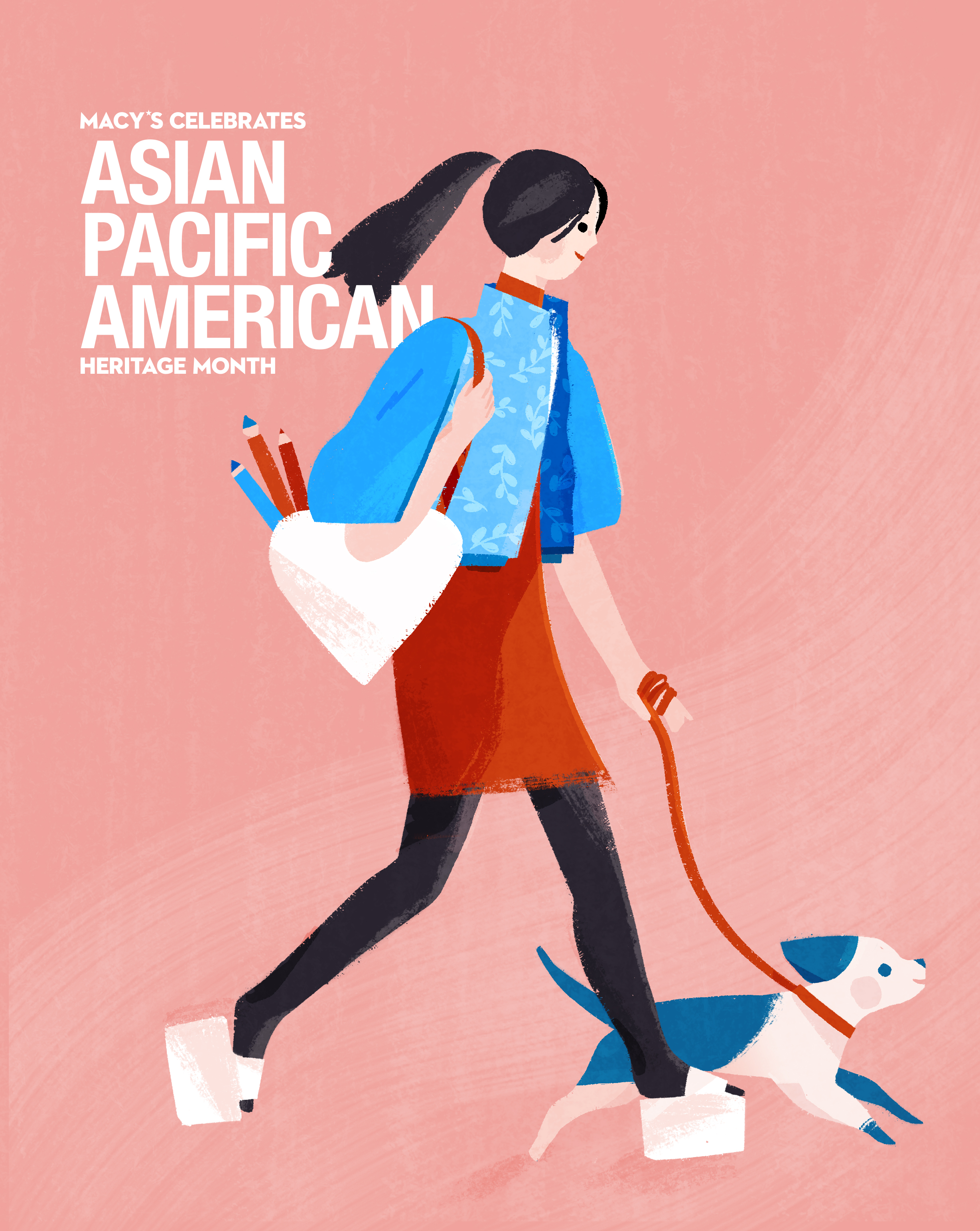 This is unrelated, but I thought I'd throw it in there: the precursor in terms of illustration concept to the above project was this graphic that I made for Macy's annual APAHM event. I drew myself along with my rescue pup, Mochi!
← see more projects